Two days ago it was reported that Amazon is in advanced talks to buy Zoox Inc. For those who do not know about Zoox Inc- the Company was founded in 2014 and announced back in 2018 its intention to launch a ride-hailing service in San Francisco in 2020. Like many of its counterparts in the race to build a self-driving car, it did not quite hit its goal.

The company was struggling for the past 12 months and then Covid-19 hit. Zoox had to tighten its belt more; there is no doubt in saying that it needs money to survive further. Zoox cannot carry alone in this race anymore.

t will be not wrong to say that if Amazon does purchase Zoox, the technology that was supposed to be used for self-driving taxis will then could be/instead used by the retailer for fast package delivery. Then probably Amazon could expand the capabilities of self-driving boxes on wheels and introduce much larger vehicles to its autonomous delivery fleet that can potentially reduce Amazon’s overhead.

Scads of self-driving car companies were already going through financial difficulties as they made the mistake of underestimating the cost of developing the necessary technologies. Amazon will be on the lookout to pick up struggling firms with promising EV and AV potential.

During the coronavirus, Amazon’s stock hit a record high when it faced unprecedented demand. The company has to improve its stock price and strengthen market penetration as it now plans to emerge in the transportation field. If the deal between Zoox and Amazon (which is hanging right now) takes place, Amazon will have direct competition with carmakers, package delivery forms, and even ride-hailing companies.

Is Amazon ready for such a huge turn in the midst of a pandemic?

To achieve this goal Amazon needs to build its own logistics ecosystem and invest in electric and autonomous vehicle startups. Through such moves, Amazon could lower its shipping costs to the point that partners like UPS can become competitors.

In a new research note Brian Nowak, an analyst at Morgan Stanley, said that Amazon should see lasting gains from the pandemic-driven shift to online commerce from physical retail. And if Amazon builds its own logistics network it can save the firm more than $20 billion a year on shipping costs.

According to Nowak, online sellers will continue to benefit from increasing numbers of store closures and a lingering decline in travel spending on top of it. Nowak expects Amazon to be a prime beneficiary of the trend.

In addition to this, self-driving technology solutions could be expanded, adapted, and applied to Amazon’s warehousing and distribution processes. Amazon’s ambition to turbocharge their shipping and delivery services will see the retail titan nipping at the heels of other traditional players in the logistics sector for sure.

“From an e-commerce perspective, it could lead to a potentially even more efficient long-term delivery network (long-haul and last-mile) to compete harder against traditional retailers and other online players,” Nowak added. 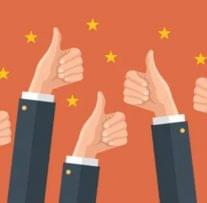 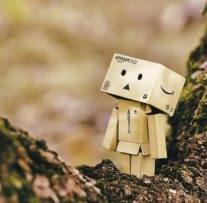 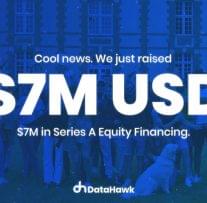